Hello! I’m Joy, and I love to read. I consider it my greatest talent and favorite hobby. Another one of my preferred pastimes is recommending reads to anyone who is the least bit curious. Seriously. I am always volunteering book recs to people near me, whether they ask or not. I thought it would be fun to bring this passion to Baton Rouge Parents Magazine. I will share with you every book I read month by month and what I think about them. Let’s get started! You can also follow me on Instagram at @joyfulreadswithjoy! 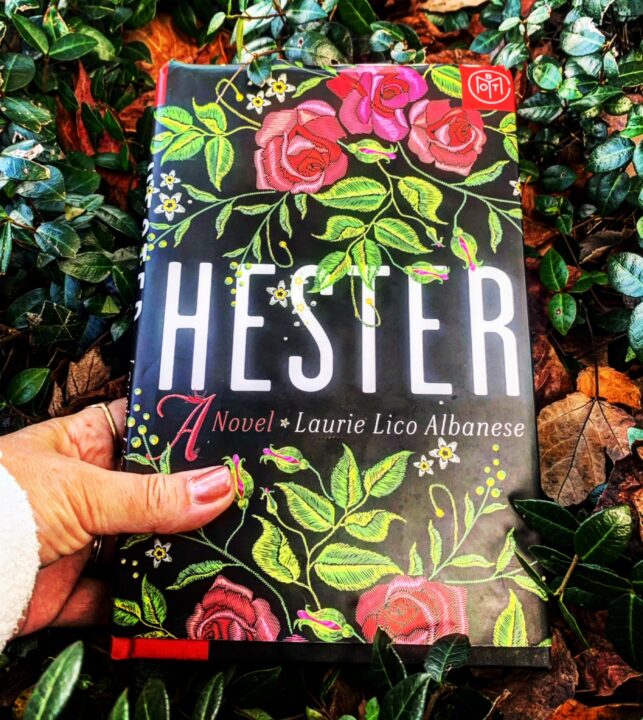 Hester by Laurie Lico Albenese
Hester is a perfect fall book for history and literature lovers. This novel shines as a fascinating and imaginative origin story of the inspiration behind the classic Hawthorne character, Hester Prynne from The Scarlet Letter. Laurie Albanese takes us back to Salem in the early 1800s and shows us the town through the eyes of a young Scottish woman who gets swept up into an affair with Nathaniel Hawthorne.

Isobel Gamble is a young seamstress who leaves Scotland for the shores of Salem with her apothecary husband, Edward. Unfortunately, Edward is not who he seems, and Isobel discovers he is an opium addict. Once they arrive in Salem, he quickly leaves for another sea journey to make money and find “cures.” Isobel learns to survive on her sewing and beautiful craftsmanship as she also is awakened to the horrors of slavery and the Salem witch trials. Isobel meets Nathaniel Hawthorne, and they embark on a dangerous affair. His writing and her needlework intertwine as they both develop their talents. In conservative Puritan Salem, Isobel’s Scottish brogue and bewitching beauty is looked down upon, and she must find her way in the judging society.

Hester is a truly beautiful and spellbinding historical journey behind the possible creation of one of my favorite books, The Scarlet Letter. Albanese creates a clear portrayal of nineteenth-century Salem and how slavery and the witch trials haunted the town. Isobel also has synesthesia where she can hear colors, so that’s super cool. I loved this novel. There are major themes of feminism, abolition of slavery, equality, witchiness, abandonment, and abuse. If you love history or literature, you will love this! 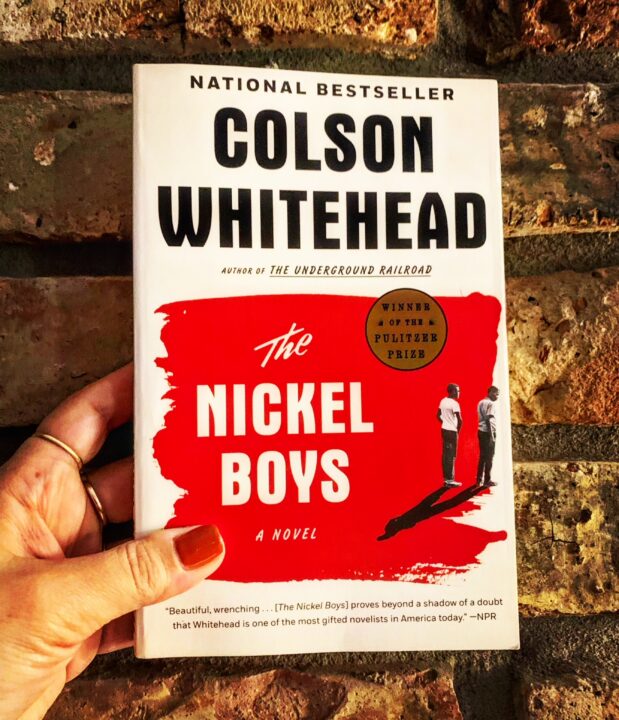 The Nickel Boys by Colson Whitehead
Colson Whitehead is a brilliant novelist who pours his soul into heartbreaking prose. This novel will stay with me for a long time. I have wanted to read it and been told to read it for years, but the time was finally right. Whitehead dives into the disturbing truth of a Florida boys’ reform school that fostered a culture of torture, abuse, racism, and murder, but he tells the story through the eyes of a sturdy, genuine, and innocent young man. There were sentences in this book that completely swept me up. This makes my list of books everyone should read.

Summary: Elwood Curtis is a serious teen in the early 60s who listens religiously to Martin Luther King speeches and strives to work hard, honoring his grandmother. After a crucial mistake, Elwood is sentenced to hard time at The Nickel School for Boys in Florida. There, atrocities and obscenities take place, and Elwood tries to keep his sanity. He makes a friend, though, and he learns how cruel the world, especially the white world, is to marginalized children and black bodies. Years later, boys’ bodies are found in unmarked graves by college students, and Elwood and his peers have to return to the place of their nightmares.

Although this is a slim novel, it is weighty in content and language. I started it in my classroom when my students had reading time, but I quickly realized I needed my own copy. I will teach this in AP Lit, and I believe it should be taught to seniors everywhere. It’s hard to read at times, but marvelous all the same. Whitehead covers Southern history, Jim Crow, sexual abuse, the corruption of power, the callousness of white supremacy, the loss of hope, the promise of friendship, and the way the system abandons the poor. FIVE STAR READ. 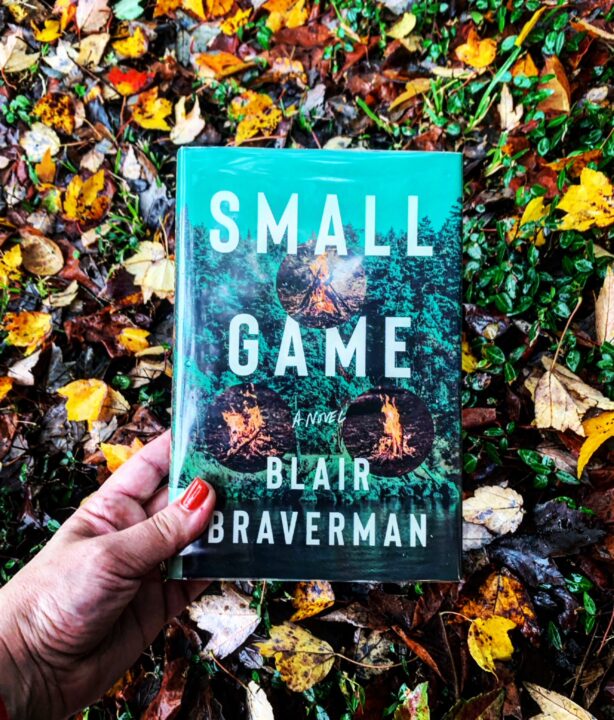 Small Game by Blair Braverman
Small Game is a genre departure for me, but I was surprised how much I enjoyed it. I learned of this page turner from one of my favorite podcasts, You’re Wrong About, and the expert survivalist guest, Blair Braverman . Braverman is an incredible source of knowledge of survivalism and outdoor adventure. This novel is a thrilling tale of a survival reality show gone wrong and just how far humans can extend themselves to survive and support one another.

Summary: Mara is a survival school instructor trapped in a stagnant relationship who risks stability to be a contestant on a new survival reality show. She arrives at her unknown, isolated destination to meet the four other “teammates” who will work together to survive in desolate conditions. About halfway into the novel, the game changes, and the reality show turns into a completely different reality. Mara and her team must strive to survive and rely on one another like never anticipated. Mara learns more about who she really is and how she has the power to change her life.

I read this in one day, and I could not put it down. Braverman is an expert who breaks down the wilderness in understandable and detailed ways, but she also creates memorable characters who are so dynamic that I felt they were real people after I finished. Small Game is a tight story that will keep you enthralled in its pages. I highly recommend this vicarious adventure!
PS. There’s an unexpected love story that is very tender and sweet.

Your Weekly guide to Baton Rouge family fun. BR Parents has a newsletter for every parent. Sign Up